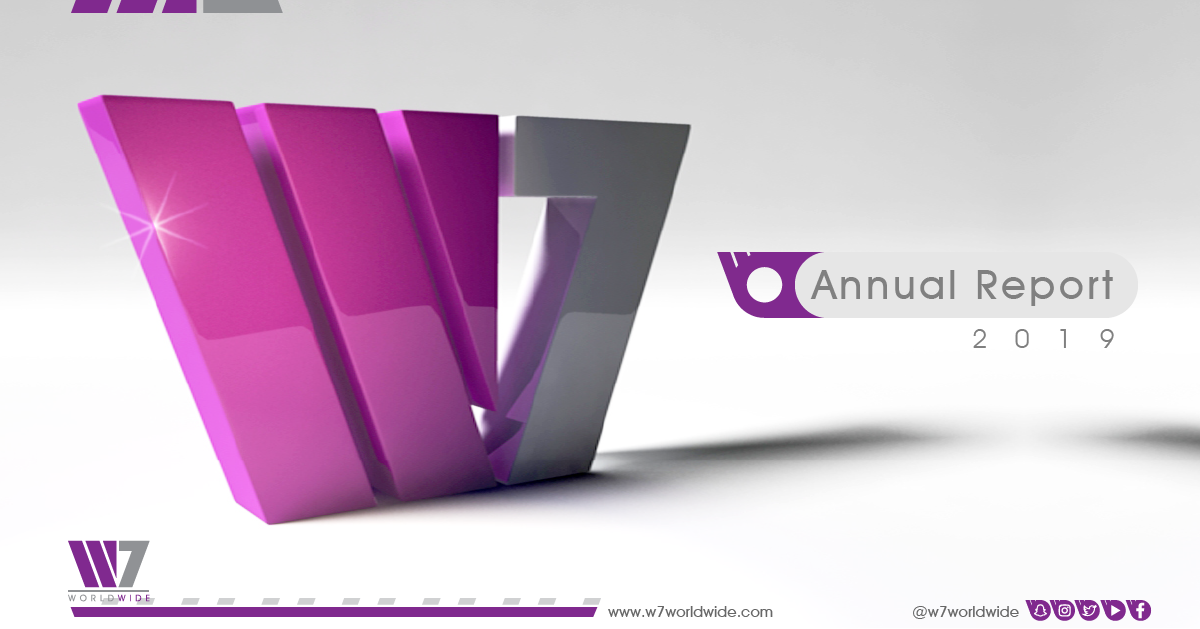 W7Worldwide Marketing Communications Consultancy Agency released its 2019 Annual Report, detailing a solid business performance in achieving a number of extraordinary goals in the public relations, corporate reputation and image management department during the year 2019/2020. (click here for the report).

120 brands successfully achieved their communication goals by partnering with W7Woldwide. Additionally, the agency’s skilled professionals and experts handled communications for 15 key governmental and private events during 2019 (click here for the report).

This year, W7Worldwide announced its partnership with AVAYA, a global leader in technology solutions, to collaborate on enhancing and simplifying the company’s corporate communications.

W7Worldwide’s team was tasked with developing the right strategy for Avaya’s corporate image and brand reputation management in the Saudi market. The fact that Avaya was one of the few companies that entered the Saudi market under full ownership, meant that the agency’s job was even more crucial.

W7Worldwide also handled Softbank’s communications during their collaboration with the Public Investment Fund, where it developed a powerful strategy aiming to establish a solid foundation for Softbank’s reputation in the Kingdom. The strategy also focused on showcasing the technological advancement offered as part of Saudi Vision 2030.

Additionally, W7Worldwide worked to boost Bupa Arabia’s reputation by highlighting the company’s many health offerings, other initiatives as well as its role in empowering Saudi women. A short and creative video spotlighting Bupa Arabia’s daycare facilities and demonstrating its positive contribution toward the lives of working mothers, empowering them to achieve their career goals, in line with Vision 2030, earned admiration from several media outlets as well as others.

With fast evolving technology and the current 24-hour news cycle, W7Worldwide believes that traditional PR alone no longer gives clients what they need, focusing instead on reimagining and reinventing new and innovative methodologies to achieve the clients’ communication goals. The agency demonstrated its expertise in digital PR in its work for Al Salem Johnson Controls (YORK). The team created a short video on the cooling systems in the Two Holy Mosques, attracting unprecedented online engagement and powerful results.

Furthermore, for the third year in a row, W7Worldwide’s team of consultants handled PR and communications for the biggest cyber security conference in the region and the accompanying Cyber Saber Hackathon. We developed an all-encompassing strategy that included not just positioning the conference and the hackathon as the region’s leading cybersecurity event, but also stressed its importance as a provider of the latest information and trends in the field of cyber security, thereby attracting its target audience, which mostly consists of young men and women.

W7Worldwide is no stranger to introducing new brands to the Saudi market. We were tasked with preparing the ground for the first ever cinema brand in Saudi Arabia after a 40-year cinema ban. We handled the very sensitive communications of Cinema 70 and introduced the brand to the Saudi public in a way that did not challenge their cultural sensitivities.

We succeeded in presenting cinema as not something that is new to Saudi society but as a concept that was simply making a comeback after years of being banned. In doing so, we highlighted the Kingdom’s efforts toward modernization in the national and international media.

W7Worldwide developed a holistic methodology to introduce the Saudi Company for Exchanging Digital Information (Tabadul). The agency highlighted how the new project, which was installing a truck management system for the Dammam port, will ensure the efficiency of the port and drastically improve managing journeys and implementing strict time slots for businesses and haulage firms using Dammam to import and export goods.