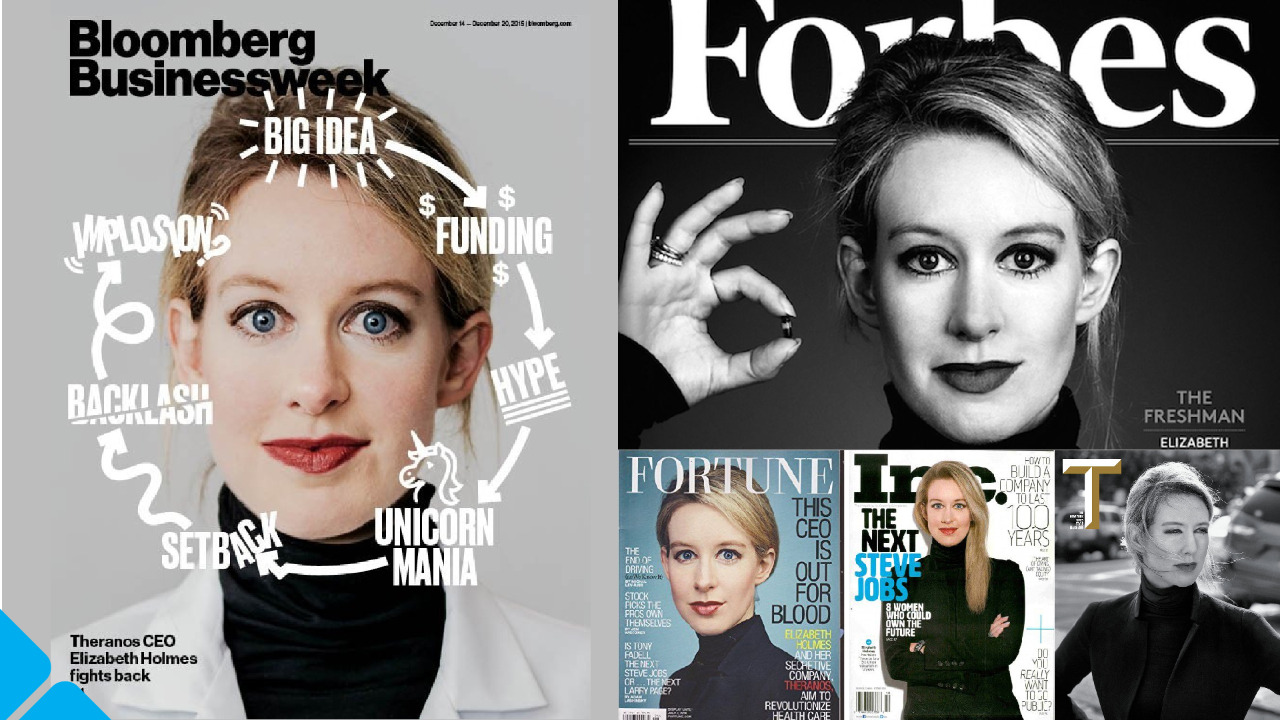 Elizabeth Holmes – From a Communications Perspective

The narrative about the rise and fall of Elizabeth Holmes – founder of Theranos – highlights how changes within the media business have modified the relationship of PR and the press, specifically in technology.

Elizabeth Holmes, through Theranos, put forward a bold vision of completely changing the conventional diagnostic sector by providing more than 200 medical tests at a very low cost by a simple finger prick of blood. In the beginning, Holmes and her company became an immediate success and started receiving enormously positive press reviews – her story was featured in almost all the leading magazines including Fortune, The New Yorker, and Time Magazine. However, an investigation led by the WSJ reporter, John Carreyrou, in 2015 exposed Theranos along with its founder, Elizabeth Holmes by claiming that the company’s blood test results are inaccurate. Later Carreyrou mentioned that Richard Fuisz, Holmes’ family friend, has helped him in the investigation.

Walgreens, a second-largest drugstore chain in the US, partnered with Theranos in 2012. Officials at Walgreens, despite being aware of the shady claims made by Holmes, dismissed the concerns to develop their business. However, the drugstore chain had distanced itself from Theranos in 2015 after the claims made by the Wall Street Journal. Another deal between Theranos and Safeway, worth $350 million, falls through because of the growing concern in Safeway’s executives about the finger-prick technology and the accuracy of the blood tests.

Such situations prove to be a strong reminder of how threatening it can be to prioritize marketing buzz instead of finding the true narrative. PR and Communications professionals are well aware that at the basis of a successful PR campaign lies a solid and convincing storytelling strategy. What needs to be done is pinpointing the problem faced by the customers, providing them with a scenario of how the product can alleviate the problem, and substantiating the claims with the evidence that supports the story. Currently, Elizbeth Holmes is facing a trial that is set to occur in 2020.

It is this last part where Holmes failed – She could not provide the evidence to support her claims about Theranos. Her story was not proportionate to the reality due to a PR approach that focused on personality instead of science, inadequate media diligence, and the media’s desperate need to have a female as a model of success.

From PR’s perspective, Holmes was an ideal candidate – Her story of being a Stanford dropout and her role as a female revolutionary in the healthcare sector was very appealing to media. The investors and media hardly made any effort to question Holmes’ vague claims and deliberately ignored all the warning signs that have been there from the very beginning.

The learning lesson from Elizabeth’s case was, in PR and communications, the importance of extensive cross-checking of facts is being continuously highlighted as opposed to creating an image that is far from reality. Being PR and communications professionals, we work with our clients to find out what is possible and what is not, which provides an unyielding foundation for our PR and communications campaigns because once the company’s false claims are exposed, the damage to the corporate reputation will be irreparable. What is your opinion about the saying that ‘in PR, you won’t get a second chance to make a first good impression’?