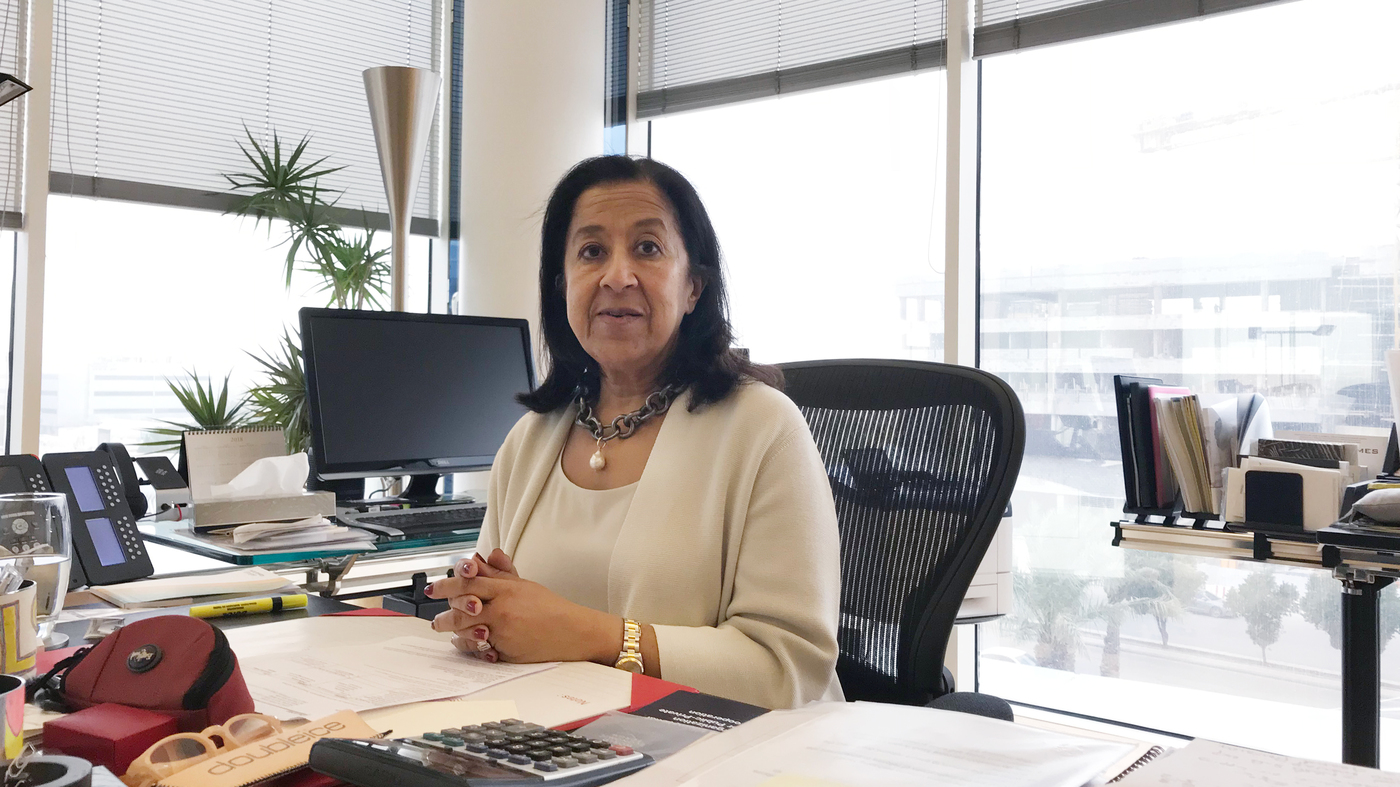 Lubna Olayan: The Saudi finance tycoon who has done it all

Saudi businesswoman Lubna Olayan has many firsts to her credit. The 64-year old finance tycoon created history by becoming the first woman in Saudi Arabia to run a publicly traded bank after the merger of the Saudi British Bank (SABB) and Alawwal bank last year. Olayan was deputy chair of Alawwal Bank since 2014 and is currently the chairwoman of the merged SABB, the third largest bank by assets in Saudi Arabia.

Olayan is also the only Saudi who was named by the Public Investment Fund (PIF) in 2018 to a top-tier team of international business experts to work on the Kingdom’s Future Investment Initiative (FII).

Olayan was the first woman in Saudi history to deliver an opening keynote address at the Jeddah Economic Forum in 2004, and she co-chaired the World Economic Forum in Davos, Switzerland the following year.
Also in 2004, Olayan joined the board of the Saudi Hollandi Bank, becoming the first woman to be elected to the board of a Saudi public company.

She has been named as one of the top 100 most influential people in the world by Time magazine (2005). Moreover, she has found a mention on the Forbes list of the most powerful women for several years. But, the fact remains that no amount of titles or honorary mentions can do justice to the visionary and pioneering personality of Olayan.

A former analyst at JP Morgan, Olayan was the CEO of Olayan Financing Company (OFC), the holding entity for the Olayan Group’s operations in the Kingdom and the Middle East, until May 1, 2019, and she also sits on the group’s board with her brother and two sisters.
Olayan, who holds a bachelor of agriculture degree from Cornell University, US, and an MBA from the University of Indiana in business management, began her career in 1983 under her father, the late entrepreneur Sulaiman S. Olayan’s wing at the Olayan Group.

The mother-of-three has long championed the cause of women’s empowerment and employment, urging her father to hire women at a time when she was the only woman in the company. It was in 2001 when she hired OFC’s first female employee, whose task was to hire more women at the company. As of 2018, 500 of OFC’s 16,000 employees were women.

Olayan is a member of the boards of Ma’aden and Schlumberger and sits on the international advisory boards of Akbank, Allianz SE, McKinsey & Co and Bank of America Merrill Lynch. She is also a member of the board of trustees of King Abdullah University for Science & Technology (KAUST), Asia Business Council, and the MIT Corporation. She was on the board of British property developer Chelsfield PLC from 1996 to 2004 and on the international advisory boards of Rolls-Royce and Citigroup in 2006 and 2007, respectively.

Most recently, in February this year, Olayan gave a keynote speech at the Asia House Middle East Trade Dialogue, a global conference in Riyadh organized by Asia House — a London-based center of expertise on trade and investment in Asia and sponsored by SABB.  The dialogue looked ahead to the Kingdom’s key priorities for 2020, with sustainability, renewable energies and the role of women in the economy on the agenda.
Shattering age-old gender stereotypes and inspiring generations of women, Olayan is one of the finest examples of Saudi women who have shown that nothing is impossible if you set your mind to something and are willing to sincerely work for it.