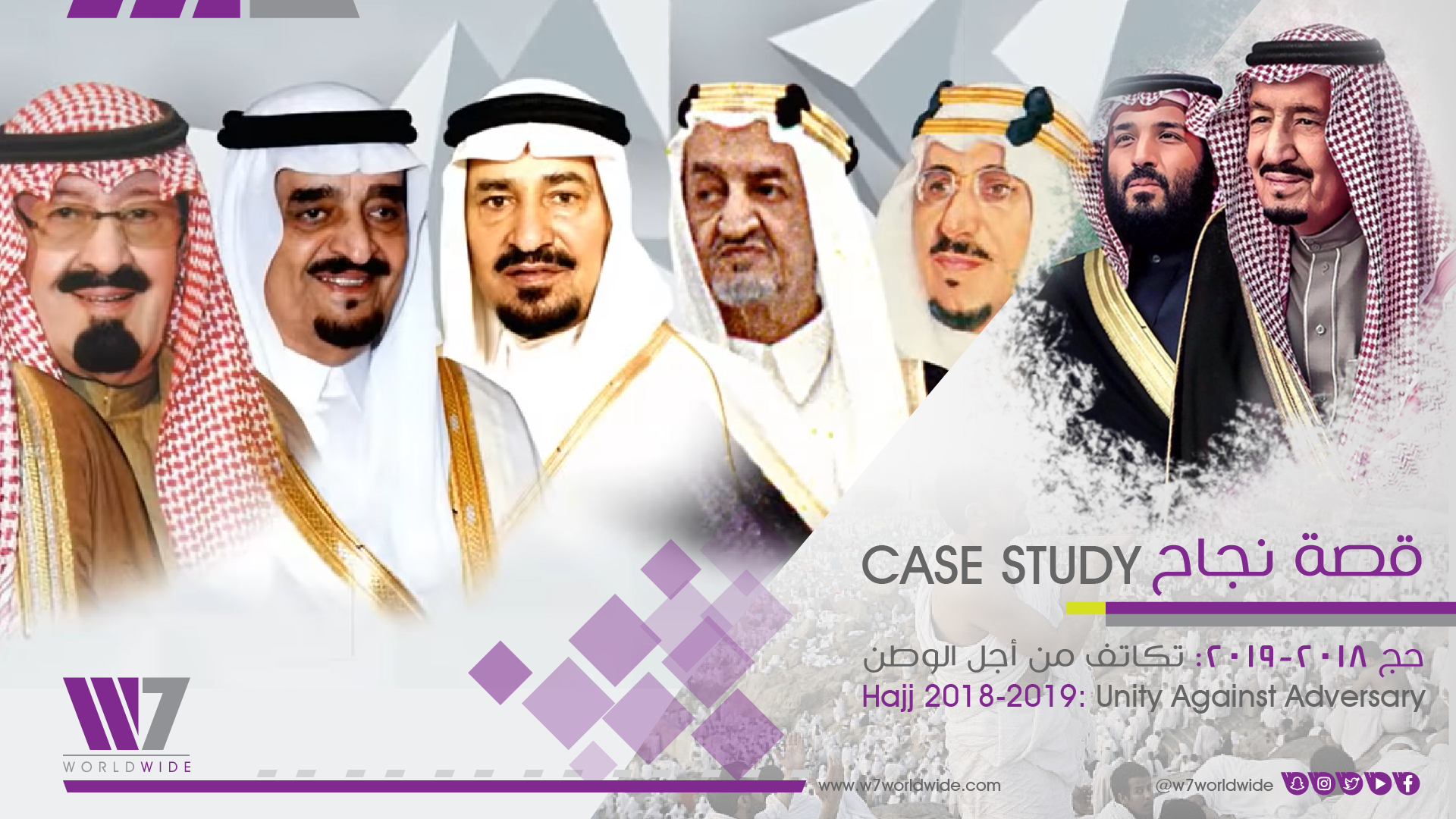 W7Worldwide marketing communications consultancy agency sought to launch an annual campaign during Hajj 2018 and 2019 to positively reinforce the core values and significance of Hajj as one of the main pillars of Islam and the holiest obligation for Muslims to perform.

We invested our own resources to develop a video campaign that helped to demonstrate the dedication of the Saudi Kings and government’s efforts to enrich and deepen the Hajj experience.  Furthermore, the campaign emphasized the ongoing endeavors by the current leadership, His Royal Highness, King Salman Bin Abdul Aziz Al Saud and the Crown Prince Mohammed bin Salman bin Abdulaziz al-Saud in the context of the country’s Vision2030 program.

There have been claims in the past by some that Saudi Arabia has politicized Hajj, implying that the Kingdom employs it for personal gains. W7Worldwide took it upon itself to dispel such assertions, setting out the ongoing efforts by the Kingdom to make sure that Muslims around the world have access to a peaceful Hajj.

Saudi Arabia welcomes an incredible 2.5 million pilgrims from across the globe to visit the holiest sites of Mecca and Medina during the week-long Hajj season.  The eyes of the world are on the country during this time, reporting on this largest annual gathering of Muslims. Developing Hajj in the Kingdom is among one of the top priorities of the Saudi government under Vision 2030 and there is great national pride in the country’s important role in serving Muslims and Islam.

As a local agency with international reach, W7Worldwide set out to create a campaign that would educate audiences on the meaning, history and traditions of Hajj and celebrate Saudi’s tremendous success in enabling pilgrims from around the world to perform their religious duties.

As part of their loyalty to the nation, the team at W7Worldwide felt that the agency, which was increasingly gaining international exposure, wanted to raise public awareness about the efforts being made since the time the Kingdom existed until now.  We wanted to create a campaign that would communicate the unifying message of the Hajj season and chart Saudi Arabia’s tremendous achievements in making this important once in a lifetime pilgrimage accessible to as many Muslims as possible.

In the digital age, video content is king, and we decided that this is the most effective medium to deliver our messages and evoke emotion.  Our video campaigns in 2018 and 2019 were created to highlight key historic moments in the Kingdom’s role of hosting a peaceful and safe Hajj and to feature the current leaders’ efforts to make the Hajj journey easier now and in the future.  Another aim was to create an annual campaign that will educate and foster positive cultural connections. 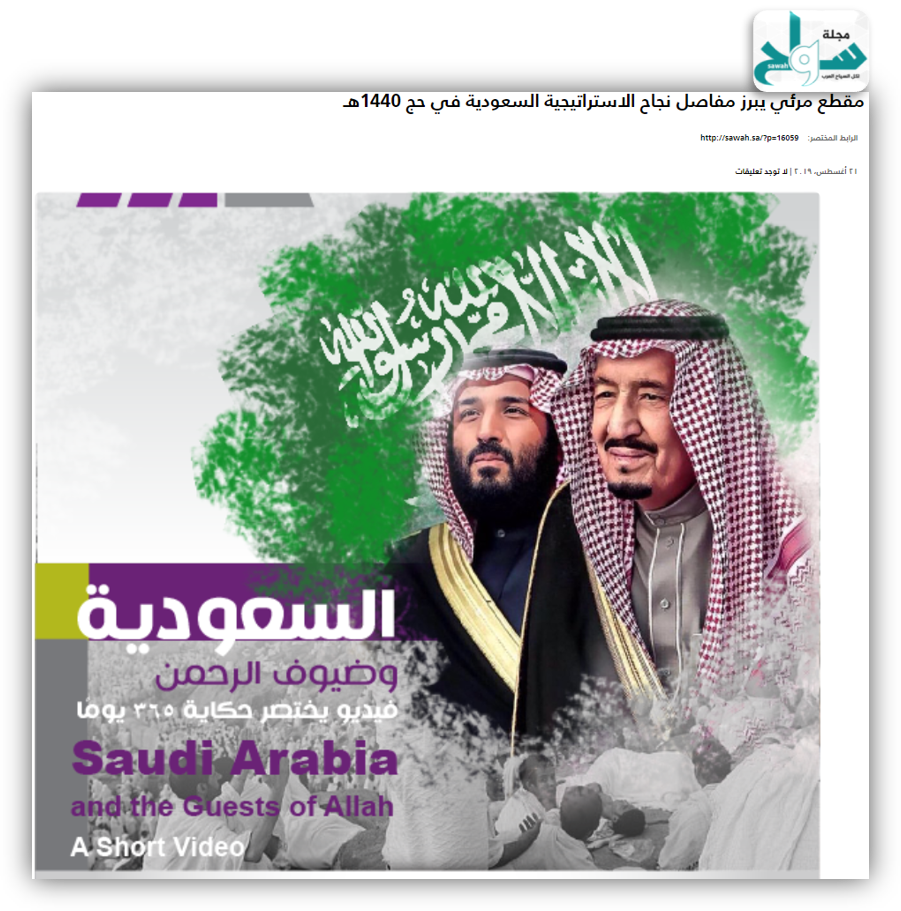 2018 Video Campaign: The Kingdom Embraces the World Through the Hearts of its Kings

The creative team decided to focus on a central theme which is the history of Hajj from the first monarch and founder of Saudi Arabia, His Royal Highness, King AbdulAziz Bin AbdulRahman Al Faisal Al Saud through to today’s King.  To convey the messages through the video effectively, the team developed emotive visuals that would reflect the spirit of Hajj to further capture the attention of the target audience.

W7Worldwide produced a 3-minute video, in conjunction with the 1439 H Hajj season, titled “Pilgrims in the Hearts of the Kingdom’s Kings”.  The video features the semantic time-lapse of key speeches of the kings of Saudi Arabia, from the time of the founder King AbdulAziz Bin AbdulRahman Al Faisal Al Saud to the Custodian of the Two Holy Mosques King Salman Bin AbdulAziz Al Saud.

Among the main key points and messages, are the separate speeches of each of the Kings of Saudi Arabia highlighting the commencement of the Hajj season and the iconic expansion of the two Holy Mosques and the holy sights “Masha’er Al Moqdasa”, to enable pilgrims from around the world to perform Hajj.

The video also conveys many direct and indirect messages, most notably the greatness of the holy places in the hearts of the kings of the Kingdom of Saudi Arabia as a great responsibility and honour.

2019 Video Campaign: Pilgrims are in the Hearts of Our Kings

For 2019, and as 2020 approaches, when the National Transformation Program will be realized, the team wanted to give special focus to the initiatives of King Salman Bin AbdulAziz Al Saud and Crown Prince Mohammed bin Salman’s leadership which are set to transform Hajj.

W7Worldwide produced a sequel for the second consecutive year, to its thought leading series titled “Pilgrims are in the Hearts of Our Kings”. The release of the video coincided with the 1440H Hajj season and it focused on the intricacies of the advanced systems and procedures designed specifically to serve the guests of Allah, which are overseen by the Custodian of the Two Holy Mosques, King Salman Bin AbdulAziz Al Saud and Crown Prince Mohammad Bin Salman Al Saud – May God Bless Them-.

The “Pilgrims are in the Hearts of Our Kings” video highlighted the 365 days of effort and planning invested every year in serving the guests of Allah, exercised by all government officials across several levels of government administration for the benefit of the those who seek the House of Allah, under the direct guidance of the Custodian of the Two Holy Mosques and his Crown Prince.

Among the many initiatives and efforts featured in the video were Saudi Arabia’s “Hajj and Omrah Program”, the “#Makkah Road” initiative, and the digital transformation program known as “smart pilgrimage”, all designed with the sole purpose of improving the services provided to pilgrims.  The video focused on showing stats and figures of the achievements to date and future planned activities.

Hajj is a great responsibility the Kingdom of Saudi Arabia is proud of and committed to and as confirmed publicly many times by King Salman Bin AbdulAziz Al Saud and his Crown Prince Mohammed Bin Salman Al Saud. 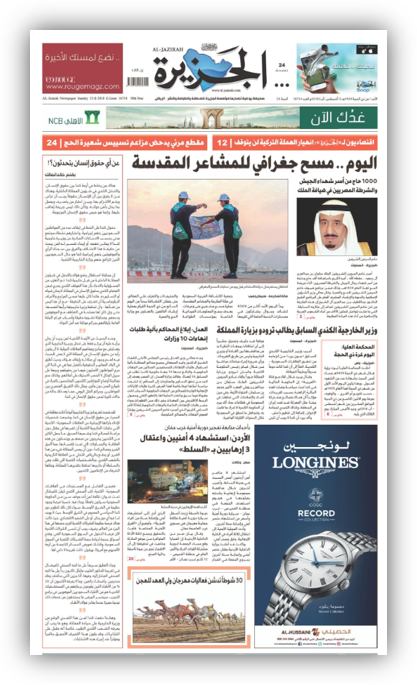 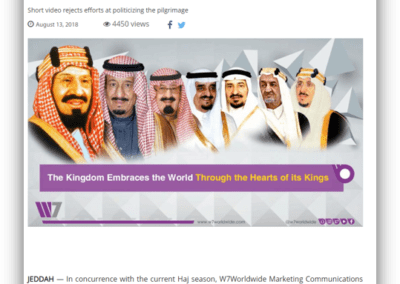 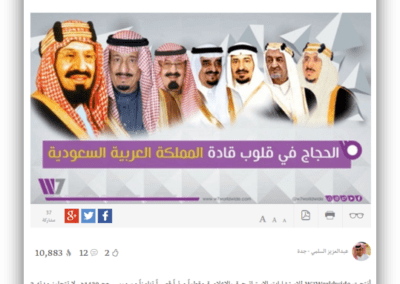 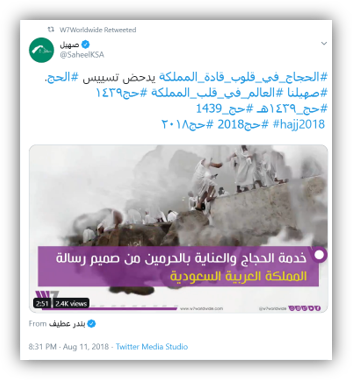 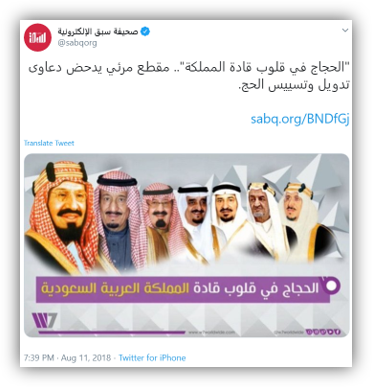 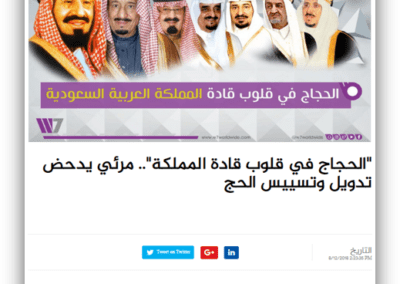 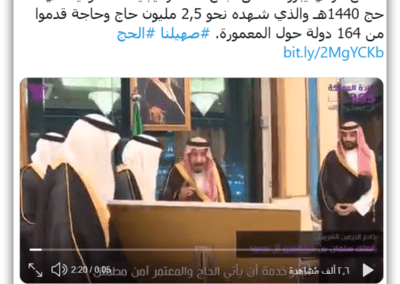 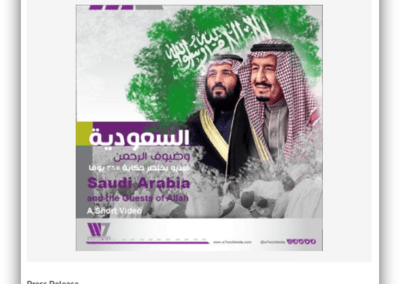 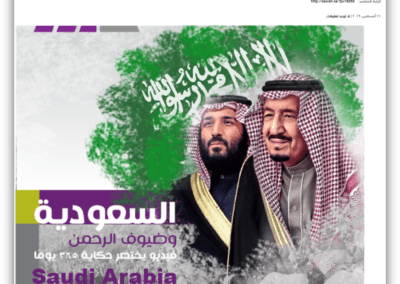 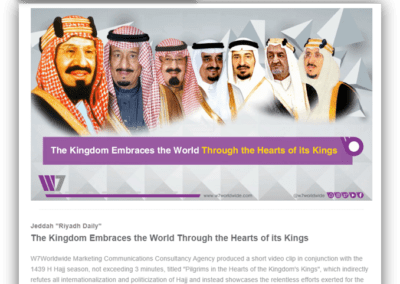