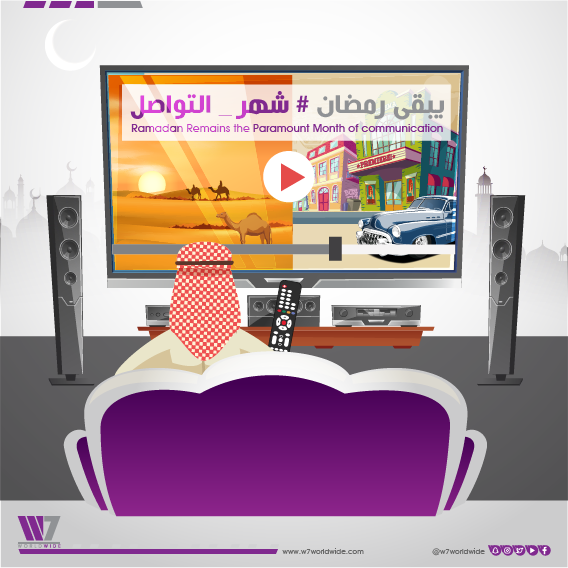 W7Worldwide Welcomes Ramadan as the ‘Month of Communications’

To mark the occasion of Ramadan as a month of kinship, community and knowledge-sharing, communications consultancy W7Worldwide reminds us of some of the most significant historic achievements humankind has made in the natural desire to connect and communicate with each other.  Inspired by the holy month, which is celebrated by 1.6 billion Muslims around the world, W7Worldwide released its creative video to encourage the rekindling of social ties and reaching out to each other in what it describes as the ‘Month of Communications’.

The motion graphics video is a reminder of the importance of communicating during Ramadan to reinforce social connections and to exchange knowledge.  Summing up centuries of communications in 81 seconds, the video features key watershed moments in the evolution and history of global communications.  This spans the first postal service in China in 900 BC, the use of carrier pigeons in the Arab region, the invention of the telephone by Alexander Graham Bell and the first mobile phone network in Japan in 1979.

‘Ramadan presents a golden opportunity for social exchange and is perhaps the longest celebration in any religious calendar.  We wanted to produce engaging content to highlight the different forms of social networking and communications in the past and present that enable us to sustain meaningful relationships and connected communities.’ says Abdulrahman Inayat, Co-Founder of W7Worldwide. ‘As professional communicators, we wanted to reflect on the importance of communications in the dissemination of knowledge, bringing people together and creating positive interactions within the community.’

W7Worldwide’s video takes us through time highlighting discoveries that have had a great impact on communicating across nations and communities.  The first postal service started in China in 900 BC and was a communications service primarily used by the government.  The system was later adopted by other countries.  In the Arab region, carrier pigeons were used as messengers for centuries.  The messages would be tied to the bird’s feet and after delivering it, the pigeon would always return back to its home, hence the name homing pigeon.

One of the most significant communications technology innovations was the telephone, invented by Alexander Graham Bell.  Bell was a Scottish-born scientist, inventor and engineer who was awarded the first telephone patent in 1876 and established the American Telephone and Telegraph Company (AT&T).  He was able to introduce Americans to long-distance and transatlantic communications.  The final major turning point celebrated in the video is the first automated cellular network launched in Japan in 1979.

Communication remains the key for our survival as individuals and success as communities.  The history of communications innovations illustrates the never-ending push for progress as civilization unfolds and technology advances.  During Ramadan, the focus is on friendships, family, community building and knowledge sharing, which is made possible with the many communications tools we now have at our disposal.

W7Worldwide’s celebration of Ramadan as the ‘Month of Communications’ is to connect, to express gratitude, extend blessings and to reinforce its core vision of creating communications and dialogue with positive impact.  This is reflected in the agency’s strong relationships with its clients and partners at local, regional and international level.