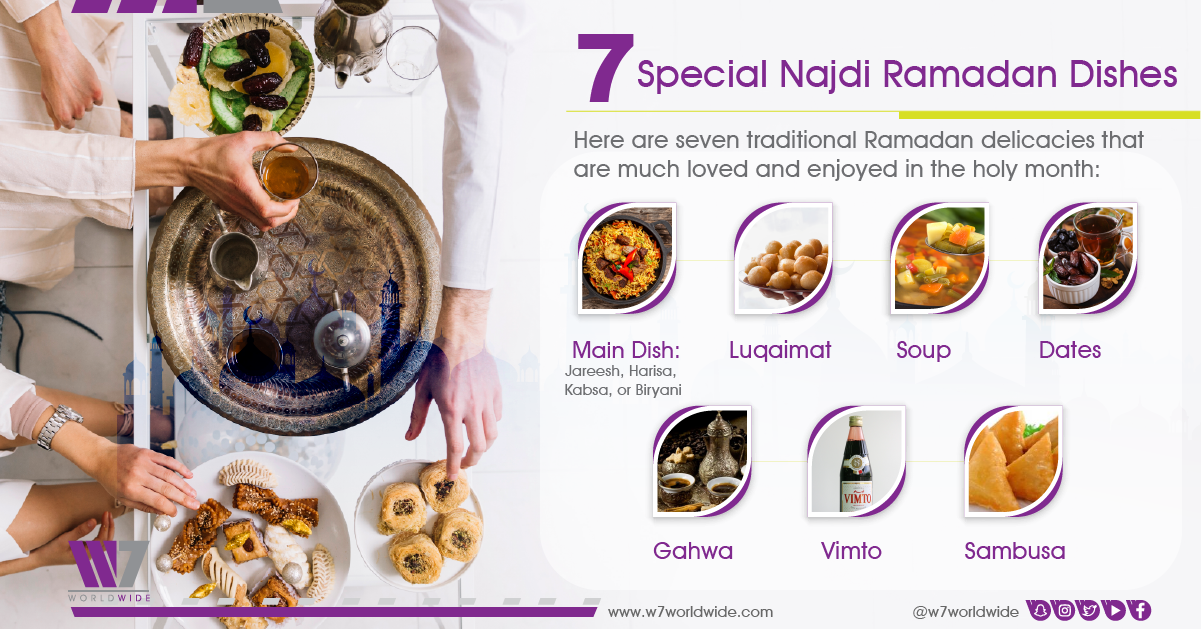 Have you heard the saying in Arabic that roughly translates to: “After midnight, there is no homely place like Riyadh”? The phrase refers to the beauty of Riyadh’s cozy weather at night and its welcoming ambiance, which makes the Saudi capital the perfect place to be at to enjoy Ramadan nights. And what are Ramadan nights without delicious food?

Families here like in the rest of the Kingdom break their fast with dates at the beginning of the iftar meal as they are easy to digest and don’t exhaust the stomach after fasting. In addition, by eating dates, Muslims emulate the habit and practice (sunnah) of the Prophet Muhammad (peace be upon him).

Najd (the central region of Saudi Arabia) boasts a rich cuisine culture, comprising a number of Ramadan dishes that are exclusively served during the holy month. Some of the most popular traditional Ramadan delicacies are:

1. Dates: Saudi families in the Kingdom break the fast by eating dates at the beginning of the Iftar meal as they are easy to digest and don’t exhaust the stomach after fasting. In addition, eating dates is a way for Muslims to adopt the habits and practices of the Prophet or Sunnah and they are usually eaten with water or laban/milk. 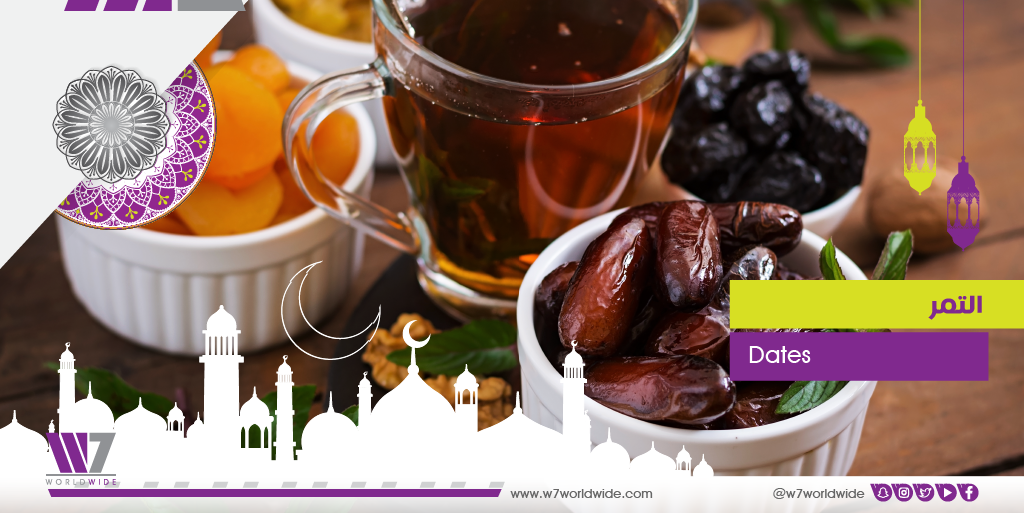 2.Sambusa: While devoured all around the year, the sambusa attains its moment of glory during Ramadan. This is a fried or baked pastry with a savory filling, such as spiced potatoes, onions, peas, cheese, meat, or lentils. It comes in different shapes and sizes, including triangles, cones and spheres. 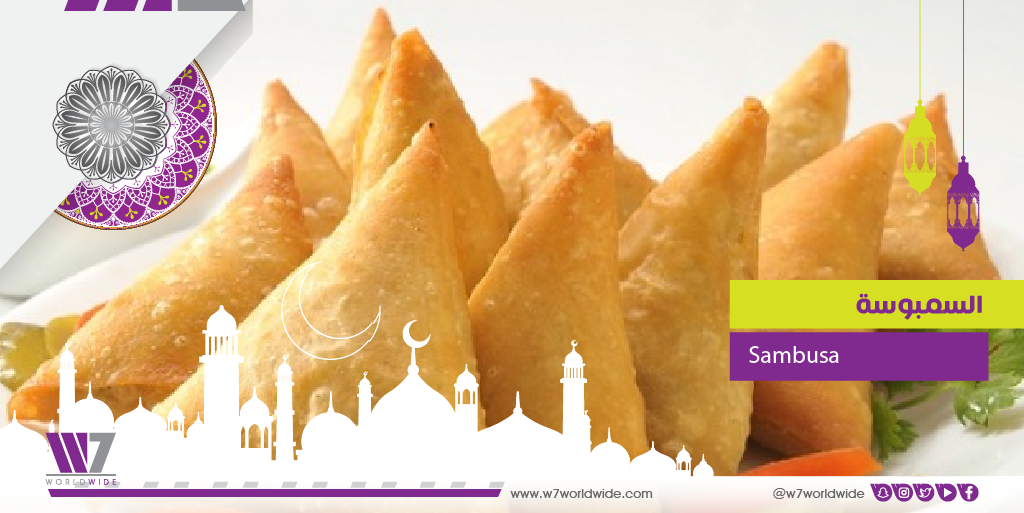 3.Soup (Shorba): No iftar meal here is complete without the soup. Some families prefer chicken soup, while others may relish a lentil soup or mushroom soup. A variety of nutritious and flavorful soups are served throughout Ramadan and every family has at least one traditional recipe as a go-to for soup.

4.Luqaimat: This is a popular Middle Eastern dessert consisting of deep-fried balls of pastry, infused with saffron and cardamom, which are then covered in date syrup or honey and sprinkled with various seeds. Luqaimat is traditionally enjoyed in Ramadan after iftar. 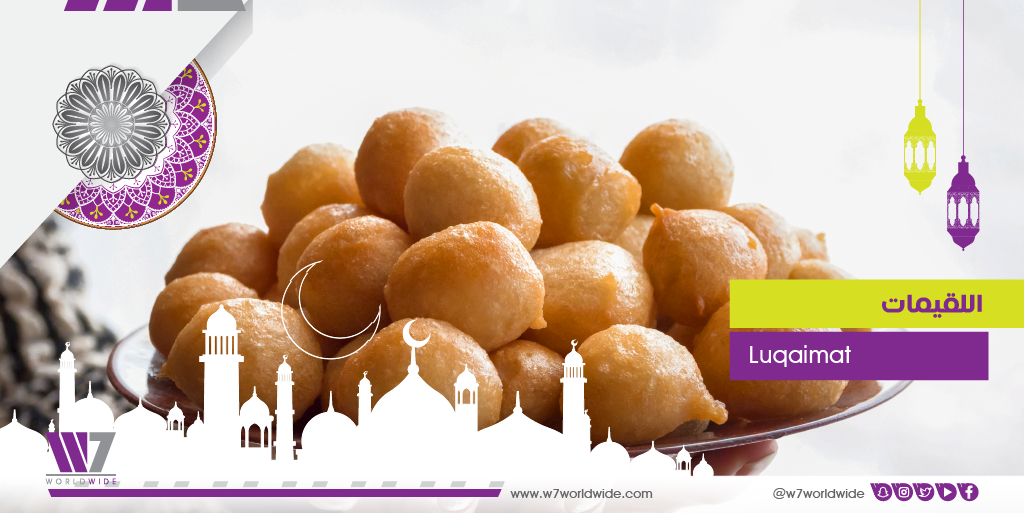 5.Vimto: The plum-colored flavored drink is a Ramadan staple in this part of the world. A sugary blend of fruits, berries, and secret herbs, Vimto is the beverage of choice for thousands of people here for its ability to instantly energize the body and its strong taste. While popular throughout the year, its sales go through the roof before and during the holy month. Another drink, laban, a beverage of fermented milk, is also a regular at iftar tables as it is thought to help in digestion and has a cooling effect on the body. 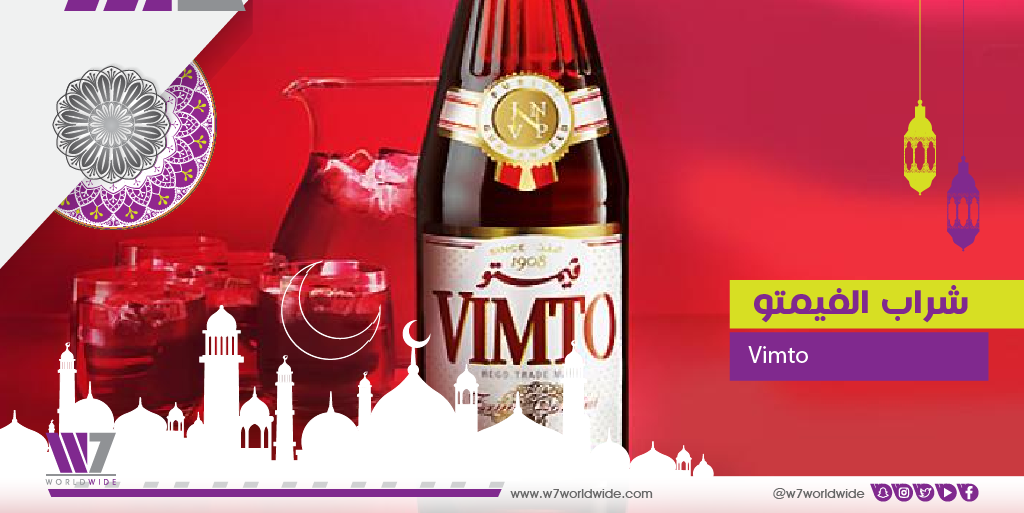 6.Main Dish: Apart from the soups and starters, Saudis in the Najd region serve one main dish after breaking fast. And no, it’s not always lamb meat – though that’s an all-time favorite! Jareesh or harisa is made with coarsely ground wheat, which is boiled, seasoned and mixed with meat. The dish is quite filling and provides an instant burst of energy. Kabsa and biryani, both rice and meat (lamb, chicken, seafood) dishes, are favorites too. Other famous authentic Najdi dishes include: 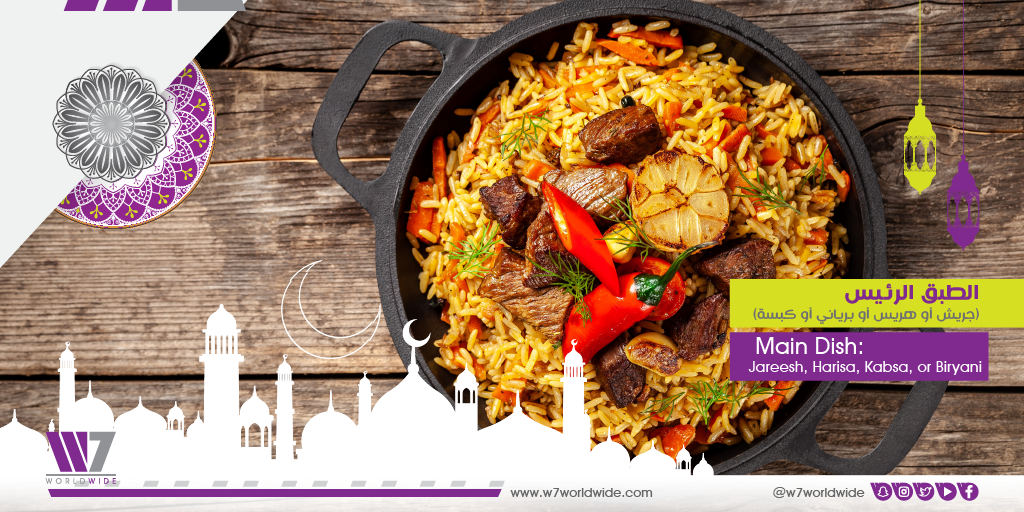 7.Gahwa: Who can forget the classic combination of Gahwa (Arabic coffee) and dates? Families in the region gather after iftar meals to enjoy the beverage made with green coffee beans and cardamom. A traditional dish may also be served alongside the hot drink. 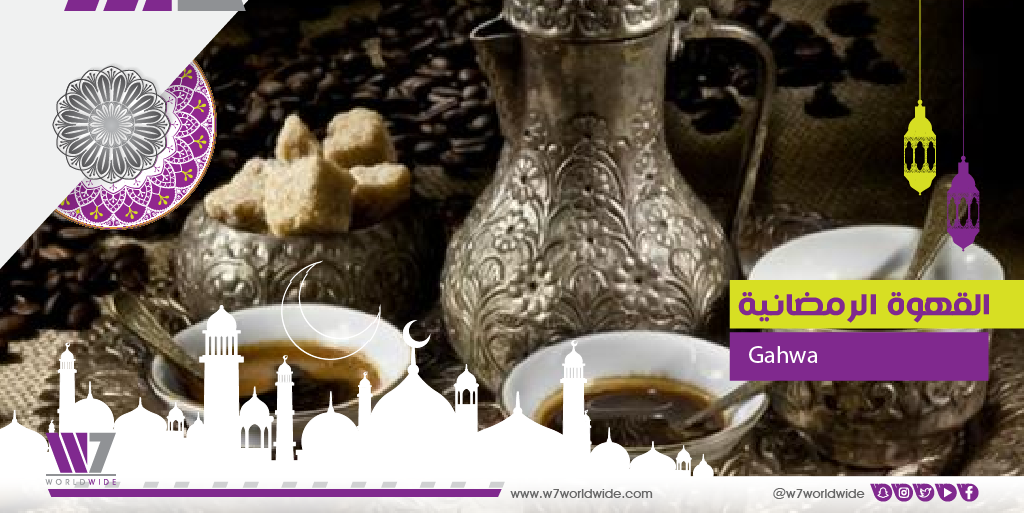 Most of these dishes are similar to the ones served in other regions of Saudi Arabia. Generally, the key difference is in the choice of the main dish as well as the desserts. If you know someone in Riyadh or in the wider central region, do visit them this Ramadan to enjoy the unique experience of a Najdi iftar.