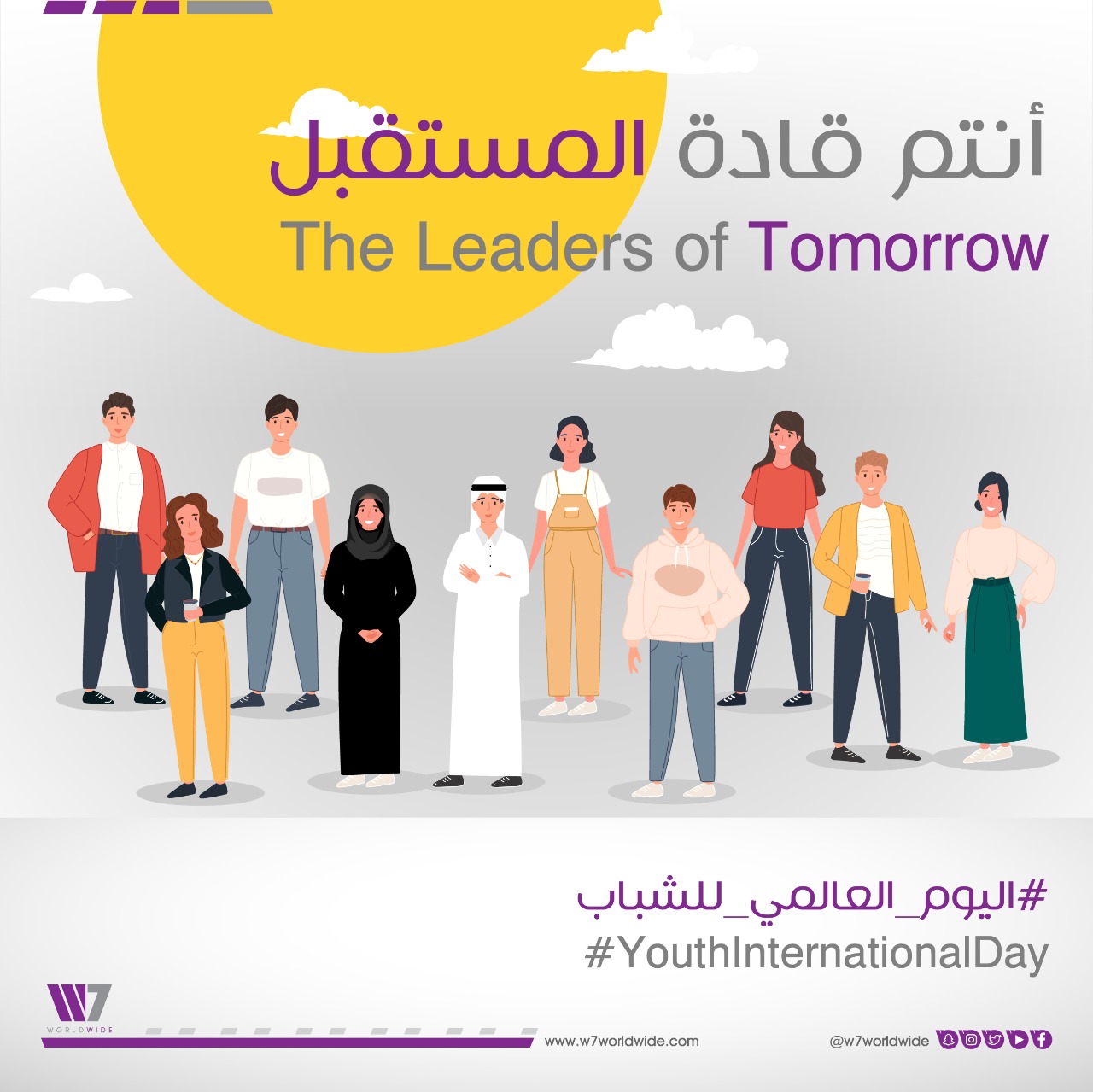 On the occasion of International Youth Day, celebrated annually on Aug. 12, W7Worldwide, an award-winning independent marketing communications consultancy agency in the region, released a short video clip expressing hope in the future that awaits the youth of Saudi Arabia. The Kingdom’s youth play an important role in the national strategies and development plans that are part of Vision 2030. Saudi Arabia has the world’s highest percentage of young men and women among its population and the number is on the rise. The government of the Custodian of the Two Holy Mosques King Salman and Crown Prince Mohammed bin Salman has always taken great care to spotlight the issues of the youth and support their development.
The video clip, titled “Future Leaders,” envisions the country’s youth as the Kingdom’s future. It focuses on several important aspects, linking national achievements in various fields and modern progress, to the role of youth and their continuous efforts in building the nation, especially that they represent the largest demographic percentage among all countries of the world.
International Youth Day was first designated by the United Nations in 1999 with the adoption of Resolution 54/120. It aims to celebrate and mainstream young peoples’ voices, actions and initiatives, as well as their universal and equitable engagement, especially during the current challenging times as the world fights its way through a global pandemic.
To highlight the importance of this day, UN Secretary-General António Guterres said that youngsters were on the “frontlines of the struggle to build a better future for all.” Additionally, he urged world leaders and governments “to guarantee young people a seat at the table as we build a world based on inclusive, fair and sustainable development for all.”