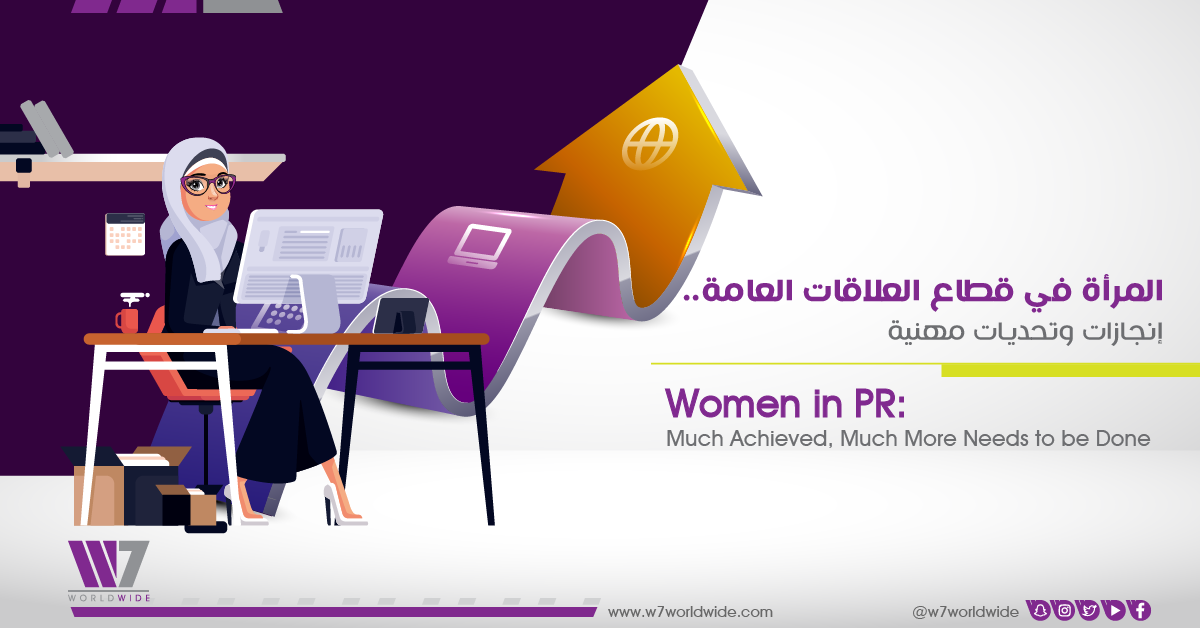 Women in PR: Much Achieved, Much More Needs to be Done

While there are no official figures on the number of women professionals working in the PR and communications industry in the Middle East, what is known is that women can uniquely enrich the public relations field with their innate communication skills and superlative creative energies like no other.

In Saudi Arabia, a 2009 study of over 300 individuals suggested that female practitioners represent only one percent of those in the field. This was due to a number of cultural reasons, the study said, such as the fact that the job entails traveling, working with males, and working night shifts.

Moreover, women had late access to PR education. PR, as a subject in universities, was available for women starting in 2007. The first master’s degree was offered in 2014, and in 2015 the first doctorate in advertising and integrated marketing communications was set up.

This was some years ago, and the scenario has now changed, thanks largely to the social and cultural transformation taking place in the Kingdom as well as the changing mindsets of people. More women are entering the communications and PR industry in Saudi Arabia as well as in the region at large.

In the Kingdom, the government took several steps to encourage women’s participation in the field by introducing academic courses in PR at universities and by creating women-only PR departments in government institutions.

While there is no question that progress has been made, a number of challenges remain, such as pay equity, equal opportunity and inclusive workplaces.

Like most other sectors, the PR industry too has been plagued by the gender pay gap. According to data gathered by PR Week, female PR practitioners earned on average 72% of what their male counterparts earned in similar jobs in 2002.

Another challenge is the lack of women in leadership roles. Although women have the talent and skills to get to the top, they are still few female CEOs leading PR agencies. Indeed, their ability to empathize, to listen and socialize gives women an edge over men, making them extraordinary communicators and leaders.

In the United States and Europe, women make up about 70% of the PR workforce, yet they hold only about 30% of the top positions in the industry. According to a German study in 2009, the main reasons for the glass ceiling phenomenon are family planning and the “strong networks among men.”

Clients today are cautious about working with agencies that do not uphold the same values that they do, and so it is the need of the hour for agencies to ensure gender equality and promote a balanced leadership team. More importantly, men should champion this cause and be the change-makers that everyone needs.

As for the cultural challenge and the mindset that views the PR profession as inappropriate for women, the fact is that times have changed and so has the nature and scope of the PR and communications job. Women in the Middle East today work in diverse domains such as in the medical, education and technical sectors. A career-oriented woman is no longer seen as a threat to society. Moreover, people’s perspective of PR as a profession has changed as it is now considered serious business requiring some very specific skills such as good language, technical knowledge, social media knowhow, networking, etc.

It is high time the PR industry leads the way in promoting equality, diversity and inclusivity by building the right support structures within organizations for women to succeed. All obstacles to women’s success in the field should be overcome by creating women-specific initiatives, such as flexible work arrangements, and opportunities to support women at various career stages. A fairer and diverse workplace is necessary for the success and development of the PR industry. Moreover, female empowerment is central to accelerating economic growth and development as more working women means more incomes and less poverty.

Our team, with its creativity, brilliance, and sustained efforts, has won an award at the #ICCOGlobalAwards 2021. 🎊🎉🎖️

With your everlasting support, we will continue leading and inspiring the public relations and communications sector.

The winner of this year’s Consumer Award goes to @W7Worldwide! #ICCOglobalawards 🎉🏆