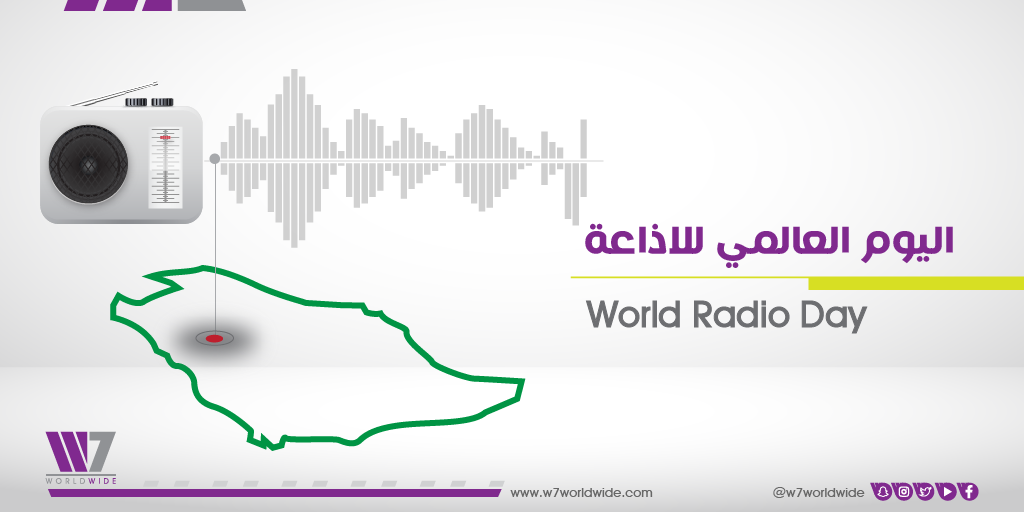 Despite the emergence of new age communication channels and the popularity of social media, the good old radio is not going anywhere. Radio has evolved with time and is making its presence felt even today. A companion on the road in our cars or during morning walks, radio is one of the most interactive mediums of mass communication and one that promotes positivity unlike any other medium.

To celebrate the contribution of radio to human civilization, UNESCO declared Feb. 13 as World Radio Day in 2011. On this occasion, W7Worldwide paid tribute to the Saudi Broadcasting Authority, which operates all broadcasting outlets in the Kingdom, including radio channels, via a short video telling the story of the growth of radio in the Kingdom, starting with the establishment of the first Saudi radio station in Jeddah in 1368  Hijri. The video has been posted on W7Worldwide’s social media channels.

Saudi Arabia is in the midst of a massive transformation in all fields including scientific, economic, industrial, media and others. The Saudi Ministry of Information is developing and modernizing the infrastructure of radio stations so that the Kingdom’s message reaches all parts of the world. The Ministry also recognizes radio’s contribution to the development process of the nation, through its awareness and educational programs that remain in the minds of listeners for a very long time.

The six radio channels operating in the Kingdom are:

Our team, with its creativity, brilliance, and sustained efforts, has won an award at the #ICCOGlobalAwards 2021. 🎊🎉🎖️

With your everlasting support, we will continue leading and inspiring the public relations and communications sector.

The winner of this year’s Consumer Award goes to @W7Worldwide! #ICCOglobalawards 🎉🏆