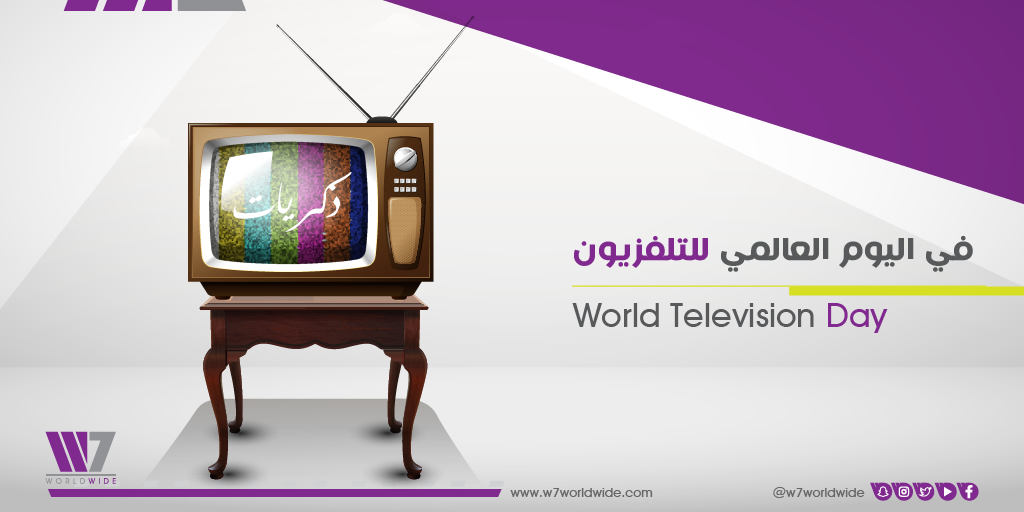 Television in the lives of Saudis: from “the American mission channel” and “ARAMCO Channel” to SBC and its sisters

On the World Television Day, we take a trip down the memory lane to remember Saudi Television:

Over the years, Saudis developed a sentimental attachment to the television as they grew up with it. From its programs, they learned about new things and got their share of “innocent entertainment”. And through its screen, they followed the news of their country and the world around them.

Saudis gathered around the National TV in the moments of joy as the happy news of Ramadan Moon Sighting, Eid Al Fitr announcement, national days celebrations, and the royal decrees were broadcasted live. They experienced the spirituality of live broadcasted prayers from the Two Holy Mosques and they accompanied Muslims performing the rituals of the pilgrimage year after year.

In front of the TV screens, Saudis danced to the lyrics of Saudi national songs, rejoiced in the moments of fun with a variety of entertainment programs.

Between the official opening of the Saudi National television on July 7, 1965, during the reign of King Faisal and the start of the first television broadcast in the country 10 years earlier, lies a story that deserves to be told to new generations on the World Television Day.

Badr Alkhorayef, chief editor of Asharq al-Awsat newspaper in Riyadh, recounted glimpses of that story in a report published in 2014 in the same newspaper. According to him, Saudi Arabia managed to be one of the first countries in the Middle East to witness the birth of television, through the US Mission Television in Dhahran, which was established in 1955 and was broadcasted in English in Dhahran only.

Alkhorayef’s report continues with the establishment of “Aramco Channel” two years later. The new channel was broadcasted from Dhahran to Hofuf and other parts of the Gulf in both Arabic and English. Al-Khareef pointed out that the station was launched about three months after the establishment of “Baghdad TV”, making the station Dhahran of the US mission the first station in the Middle East, while “Baghdad TV” became the first station in Arabic in the region. After the opening of state television, ARAMCO TV became an English-language station, and then completely stopped at the end of 1998.

As for the residents of Riyadh, the Saudi capital celebrated on 7th October 1976 of the first colored broadcasting in their city.

The millennials were the last generation to witness Saudi television being compromised of its famous first and second channels before the emerge of satellite channels in the early 1990s.

This generation remembers the timeless programs that became part of their collective memory such as dubbed cartoon films Adnan and Lina, Grendizer, White Laith, Captain Majid, and kids educational programs which included Open Ya Sesame, Al-Manahel, and Baba Farhan, not to mention other prominent programs such as Fawazir Ramadan, Sebaq Al Moshahedin, Tash Ma Tash series, Bedouin series, and many others that have become icons and a huge part of the memory of entire Saudi generations.

In recent years, Saudi National TV made several changes to attract viewers and stay in the fierce competition of TV channels. This comeback started with the Saudi Council of Minister’s announcement on May 29th, 2012 to integrate the Saudi TV and the Saudi Radio into one public entity, the Saudi Broadcasting Authority (SBA).

Today, Saudis find themselves in front of a variety of TV channels managed by SBA such as the Holy Quran channel, Sunna channel, Saudi National channel, SBC, Alekhbariya TV, and KSA Sports channel.